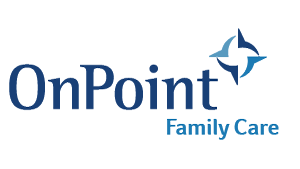 The term bio-identical designates hormones that are synthesized to be identical to those your body makes. This sets them apart from the synthetic compounds meant to mimic natural hormone function, such as medroxyprogesterone (Provera) and conjugated equine estrogen (Premarin). Testosterone and other hormones such as DHEA and oxytocin are also available as bio-identical formulations.

Bio-Identical does NOT mean that the hormones are “natural”. Bio-Identical hormones are synthesized via pharmaceutical production methods like other drugs but have the same exact structure to your body’s own hormones. “Natural” implies a source from nature such as soy, which while similar in structure, is NOT the same.

OnPoint Family Care: DTC has been utilizing bioidentical hormone therapy treatments for many years as a means to help individuals who are suffering from energy loss resulting from aging, menopause, and andropause. Bioidentical hormone therapy treatment at OnPoint Family Care: DTCs in Denver involves the use of singular or a combination of hormones, including but not limited to the following: estrogen, progesterone, testosterone, thyroid hormones, and HGH. Additional medications may be prescribed in order to achieve the desired treatment results.

Improve the way you look and feel

Declining hormone levels usually coincide with a decrease in your vitality and your ability to remain youthful. Being unable to enjoy life the way you did in the past can leave you feeling sad and disheartened. The good news is that the medical specialists at OnPoint Family Care: DTCs in Denver will work with you to develop an hormone replacement therapy program that can help reverse your decreasing hormone levels and restore your vitality.

Menopause is something that all women must face. While women usually reach menopause by the age of 50, many go through this biological change at a younger age. Women who utilize bioidentical hormone replacement therapy obtain relief from menopause symptoms because it not only makes them feel better, but also it makes them look younger. The benefits of bioidentical hormone therapy are immeasurable to women in menopause. Bioidentical hormone therapy treatments administered at OnPoint Family Care: DTCs Health in Denver will help ensure women remain in control of their blood pressure and weight.